PIQUED YOUR INTEREST?
You have many options.  Here is brief overview of each.
​ 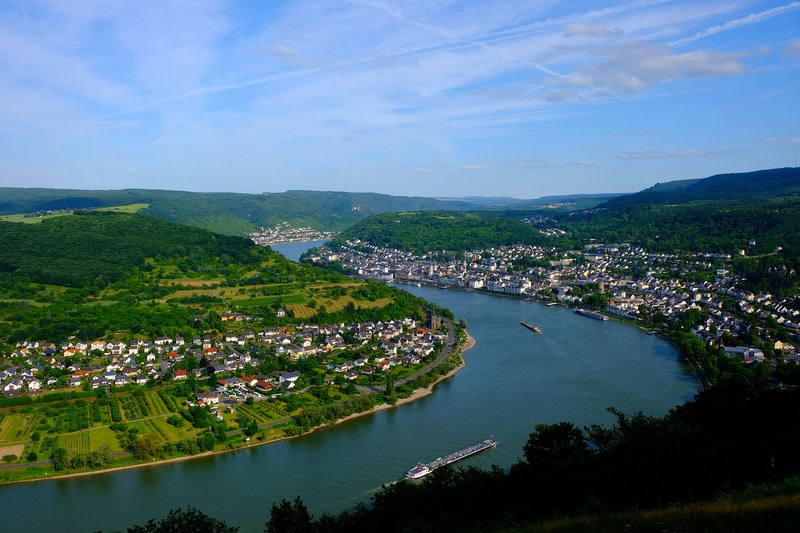 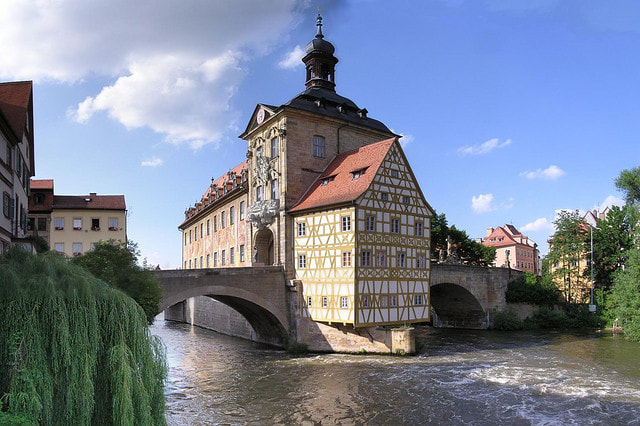 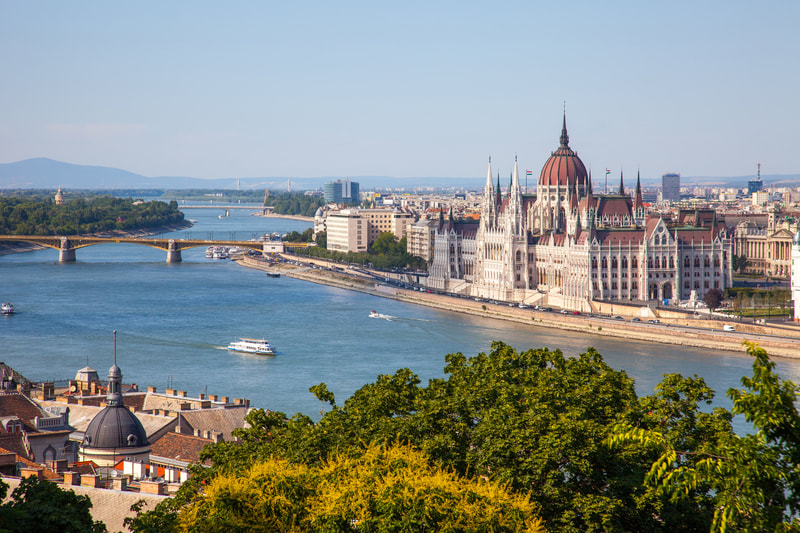 RHINE
The Rhine River starts in the Alps of Switzerland, and flows northward until it reaches the North Sea.  The river has been a major hub of transportation for hundreds of years, dating back to the Romans, and is now one of the most traveled waterways in Europe.  You typically cruise between Basel in Switzerland and Amsterdam in the Netherlands, visiting some of Europe's most iconic regions and historic cities and towns, including the Black Forest (home of the cuckoo clocks), the Alsace wine region, the UNESCO designated Upper Rhine Gorge, its hillsides dotted with castles, Heidelberg's Renaissance castle, Cologne's beautiful cathedral and ​​​Amsterdam's canals and museums.

UPPER DANUBE
The Danube River is Europe's second longest river, after the Volga, flowing 1785 miles from the Black Forest to the Black Sea.   The entire river flows along the borders of 10 countries, and like the Rhine, is an important transportation route and has played a significant role in the region's history.  Upper Danube cruises sail between Budapest and Nuremberg, Regensburg or Passau, offering incredible experiences in iconic capitals (Budapest, Bratislava, Vienna), the Wachau Valley, Melk and its beautiful Benedictine Abbey, Hapsburg era sites, visits to medieval towns and castles.

MOSELLE
The Moselle River is typically an extension of a Rhine River cruise.  Though it's not a secret, the itinerary is less traveled and considered to be one of Europe's hidden gems.  The route is very scenic, hillsides dotted with beautiful castles and steep vineyards.  This itinerary includes Trier, Germany's oldest city, dating back to the Roman Empire and experiencing the famous regional wines.

MAIN
The Main River is the Rhine's longest tributary, and is also typically an extension of a Rhine River itinerary or on a "Grand" itinerary combining the Upper Rhine and the Danube. The highlights on the Main are Bamberg (the UNESCO Old Town and the famous smoky beer),  and the beautiful city of Wurzburg.

SEINE
The Seine River flows through Paris northward to the English Channel.  This is a favorite itinerary for anyone interested in WWII history and the Normandy Landing Beaches.  It also offers time in Rouen (of Joan of Arc fame) and the Gardens of Giverny (made famous by Claude Monet).  Typically round trip Paris, new itineraries between Paris and Le Havre give you time in Brittany and a visit to Mont-St. Michel.

HOLLAND AND BELGIUM WATERWAYS
These cruises are available in the Spring to coincide with the blooming of the tulips.  You visit Dutch and Belgian treasures, including Antwerp, Bruge, Brussels, Zaandam and Amsterdam.  The highlight - Keukenhof Gardens with over 7 million blooming tulips. ​ 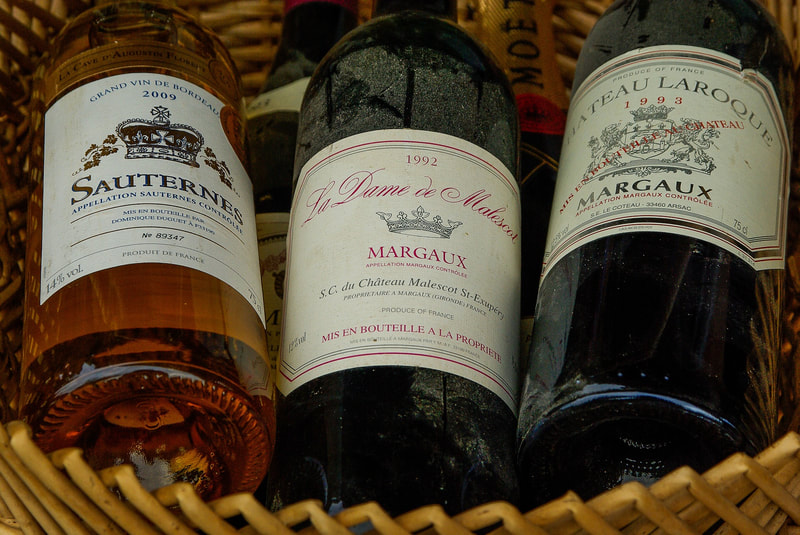 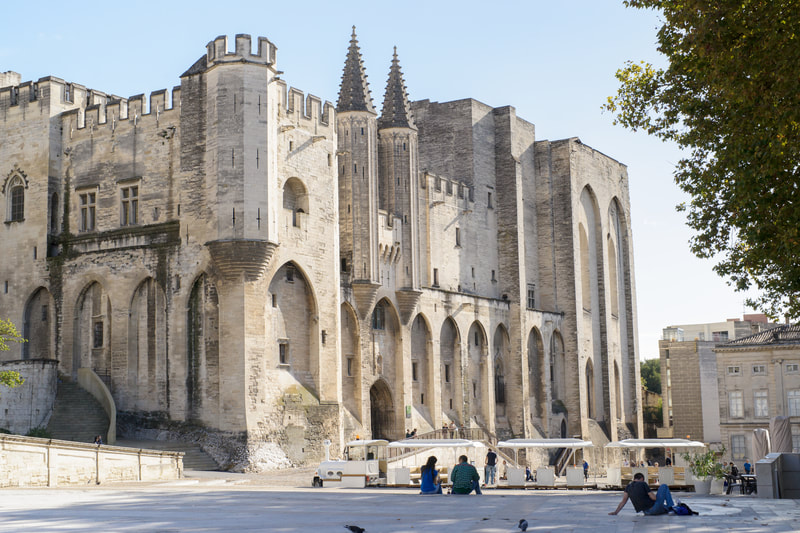 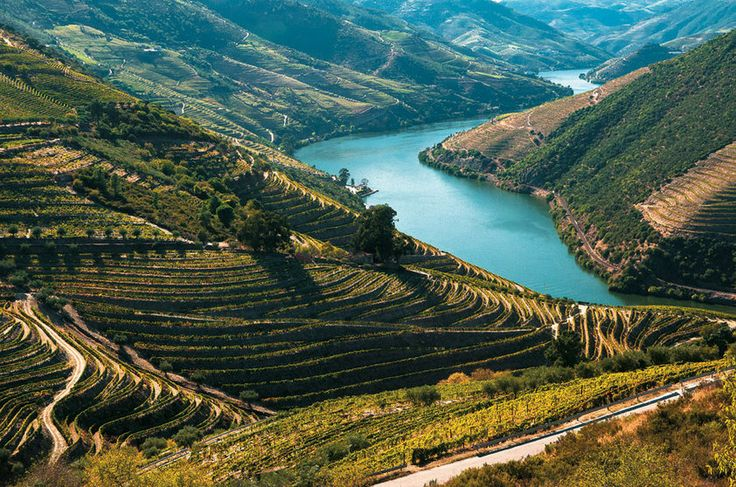 BORDEAUX
A Bordeaux cruise has you exploring 3 waterways - the Garonne, Dordogne and Gironde estuary.  The region is home to 290,000 acres of vineyards, exceptional wines, French heritage sites (only second to Paris), hundreds of chateaux, the UNESCO medieval town of Saint-Emilion and of course the city of Bordeaux - also a UNESCO World Heritage site.  This cruise is paradise for lover of wine and foodies.

​RHONE AND SAONE
The Rhone and Saone are truly French gems.  This itinerary sails between Lyon (or nearby) and Avignon in Provence.  Perfect for foodies, Lyon is France's culinary capital and has no shortage of exceptional restaurants to tease your taste buds.   Lovers of wine will also appreciate this itinerary as Burgundy, Cote du Rhone and Chateauneuf-du-Pape wines are all possibilities.  This itinerary though isn't just about food and wine.  Incredible Roman era sites like the Ponte du Garde await you along with the Palace of Popes in Avignon and the beautiful lavender fields of Provence.

THE DOURO
The Douro, in Portugal, is gaining in popularity as more people discover the river.  Roundtrip itineraries start and end in Porto, Portugal's second largest city and famous for its Port wines.  This cruise takes you through the dramatic landscapes of the UNESCO designated Douro Valley, from Porto to the border of Spain (where you visit Salamanca, another UNESCO site and home to the world's second oldest university) with plenty of opportunities to visit charming quintas and winemakers. 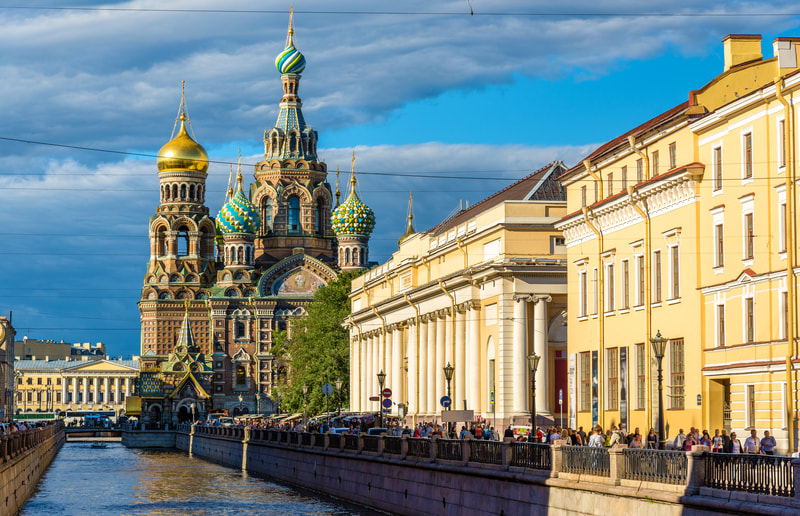 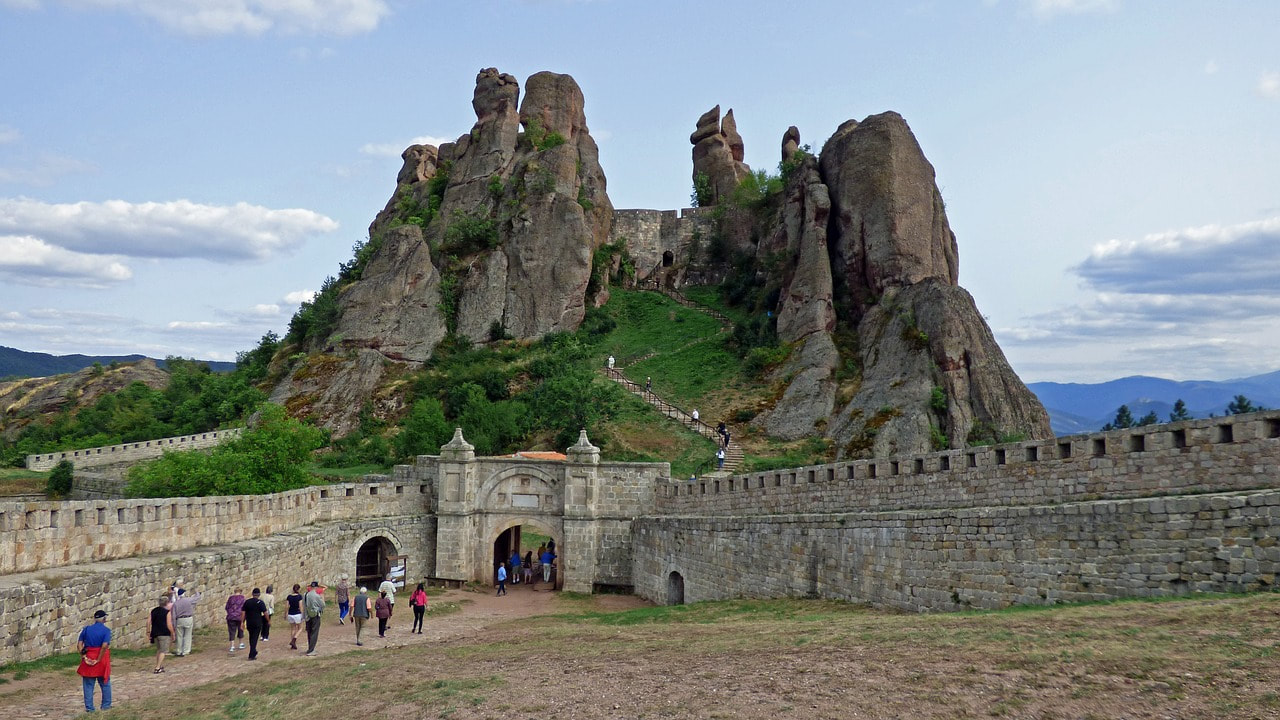 LOWER DANUBE
​Lower Danube itineraries sail between Budapest and the Black Sea, through countries that were all formally part of the Iron Curtain.  While not yet as developed as Western Europe, amazing sites and cities await you, including the Iron Gates, Belogradchik Rocks and Fortress, centuries old wine growing hills, Bucharest, the rich history and beauty of Transylvania, the Danube Delta and Black Sea.

UPPER AND LOWER VOLGA
The Volga River is Europe's longest, at almost 2200 miles and flows through central Russia.  A typical itinerary sails between Moscow and St. Petersburg on the Volga and Svir Rivers, with stops in between at famous landmarks including Kizhi Island and Uglich, founded in 1148.  Enjoy the Hermitage and Catherine Palace in St. Petersburg, the Russian Ballet, Red Square, St. Basil's Cathedrals and the famous subway stations in Moscow.  A few itineraries take you to the lower Volga to Stalingrad.

DNIEPER
Also a major river in Europe, the Dnieper flows through Russia, Belarus and the Ukraine.  This itinerary sails between Kiev (Ukraine) and Bucharest (Romania), giving you the opportunity to explore multiple stops in the Ukraine, including Odessa.

These itineraries are perfect for seasoned travelers who are seeking new areas to explore, rich in culture and history. 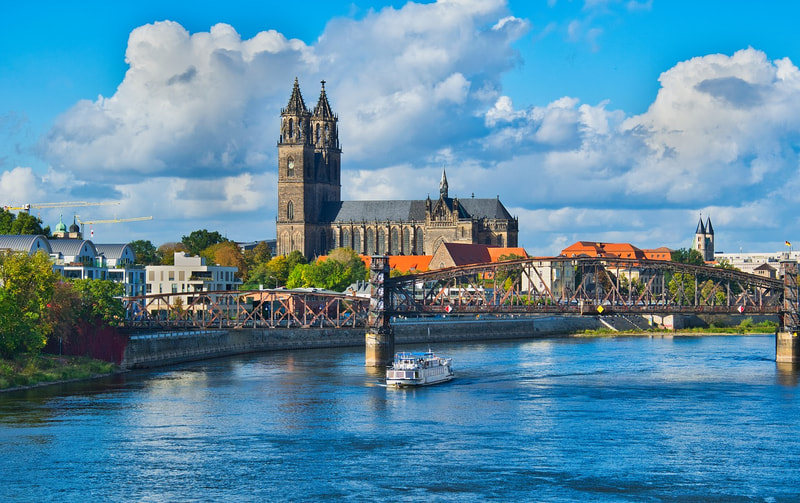 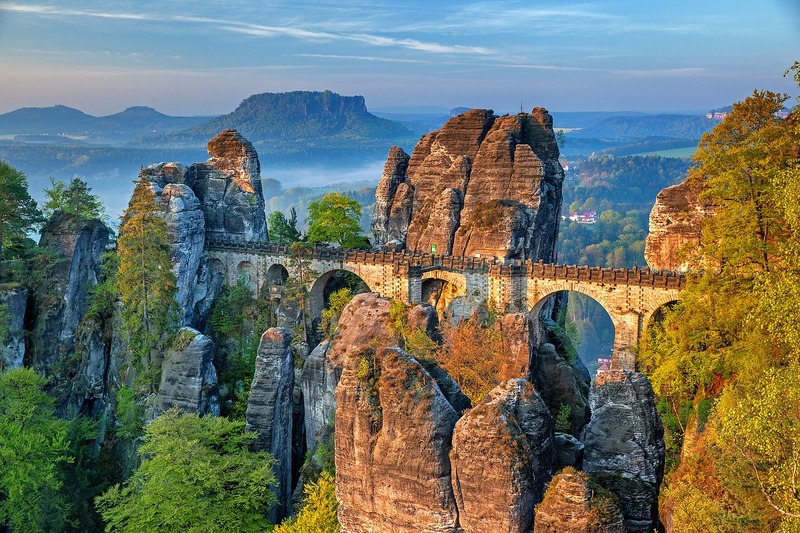 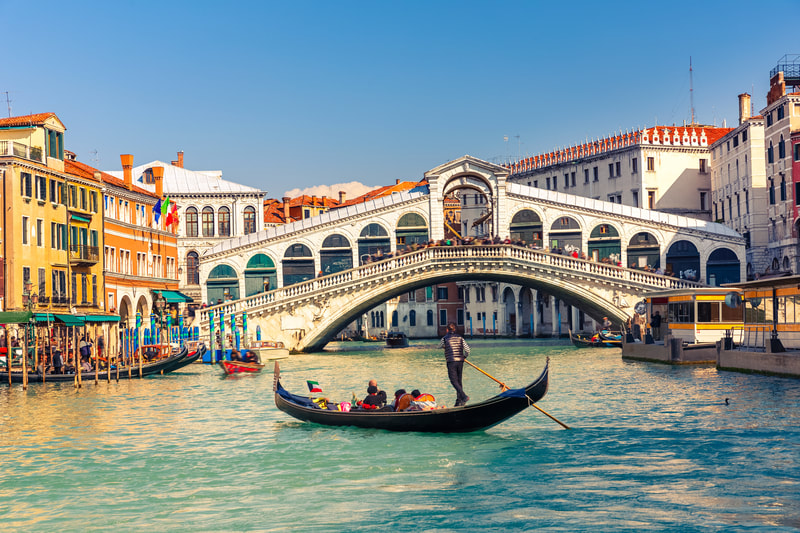 ELBE
The Elbe flows through former East Germany, with itineraries between Berlin and Prague.  The Elbe is home to some of Germany's most beautiful cities including Magdeburg, Wittenberg (famous for its connection with Martin Luther), Dresden and Meissen (known for its porcelain)  and the magical scenery of Saxon Switzerland.
​
PO
A Po river cruise combines enchanting Venice, the surrounding islands with gems of northern Italy along the Po River, including Bologna.  Time in Venice includes a lot of walking, exploring the hidden backways with local guides.

The Elbe and Po are both lovely river experiences.  It should be noted these rivers can be more problematic than others due to being quite shallow and at times not passable.  Only two cruise lines currently have itineraries on each river: CroisiEurope and Viking on the Elbe and  CroisiEurope and Uniworld on the Po.  CroisiEurope has ships purpose built for these rivers, ships with shallow drafts, making it easier to navigate. 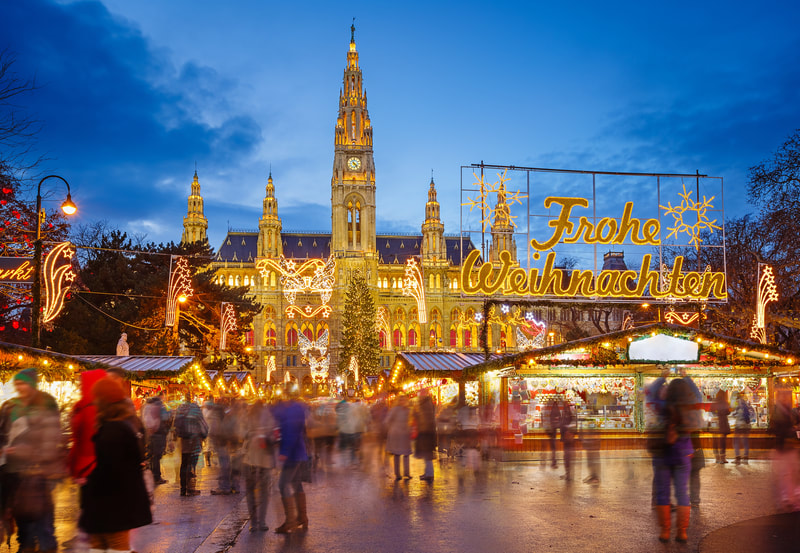 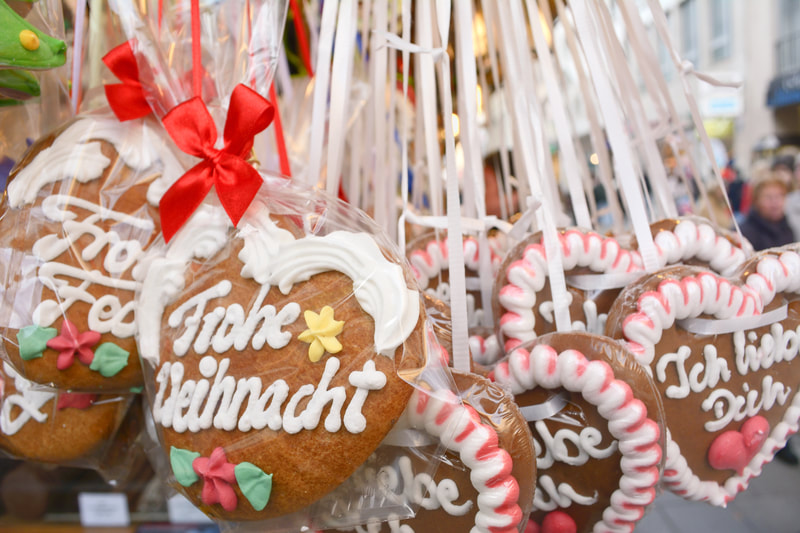 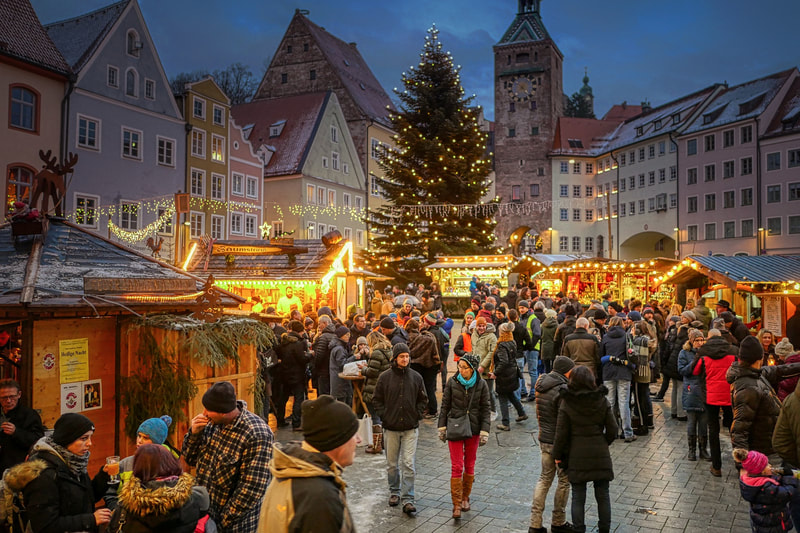 The Magic of Christmas comes alive on a Christmas Market cruise.  Glittering Christmas trees, children singing carols, handcrafted toys and gifts, hot mulled wine, all waiting for you.  These cruises start in late November and run through Christmas and New Year's - from when the markets open until they close.

Major cities and small towns and villages all have their own versions of a Christmas Market.  What makes it so special is that none are completely alike.  Each market has their regional foods and own artisans, making a visit to each a unique experience.

Christmas Market itineraries are on the Rhine, Main and Danube.  And while the theme is Christmas, many of the sites visited during other times of the year are still part of the experience.

This cruise is perfect for the entire family - grandparents, parents, children. 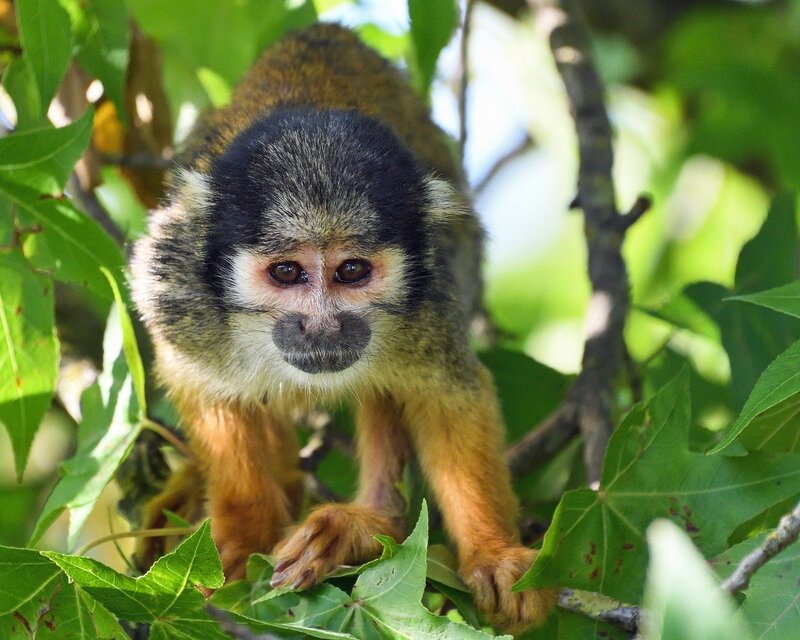 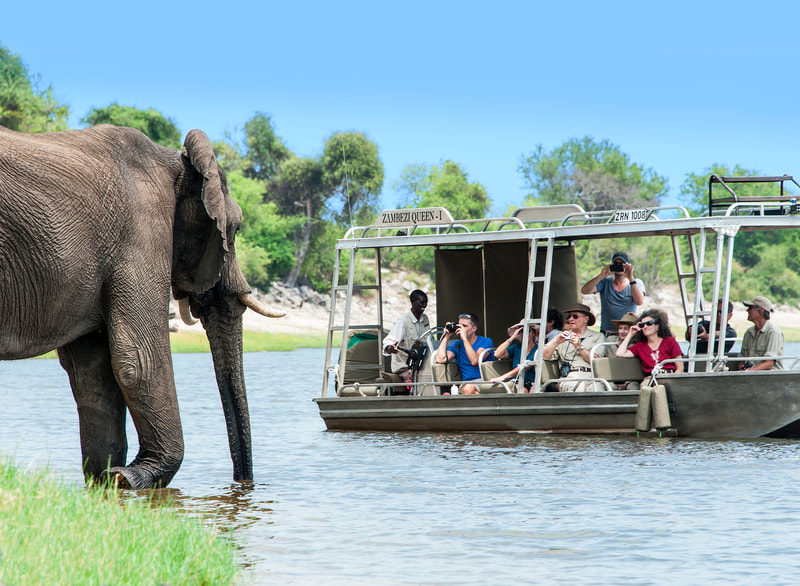 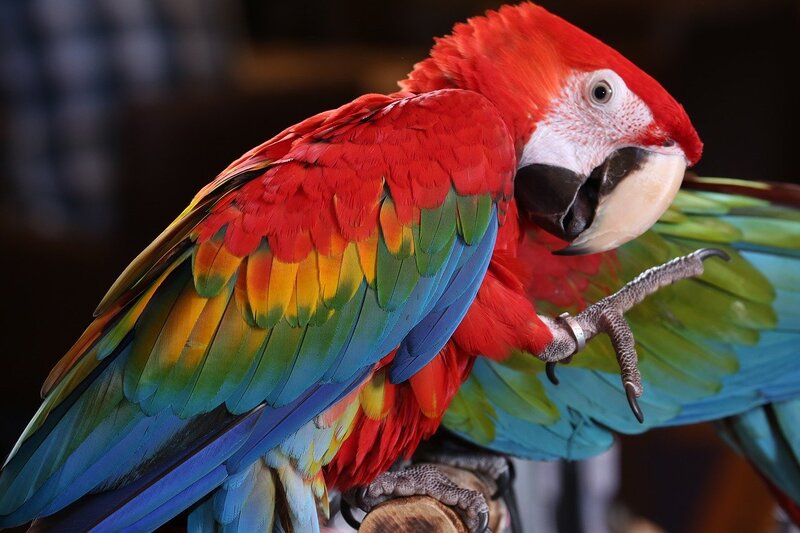 CHOBE
A Chobe River cruise isn't a typical cruise as it is combined with a safari and visits to Cape Town, Victoria Falls and Johannesburg. The cruise itself is normally around 4 days, but includes cruising along one of the most game-dense areas of Africa.  The highlights are up-close bird and wildlife viewing, including elephants, hippos, crocs, wildebeest, Cape Buffalo and more. (Photo courtesy of AmaWaterways)
​
PERUVIAN AMAZON
Visiting the Peruvian Amazon is all about nature and wildlife.  Here you will find pristine wilderness, diverse plants and a wide range of wildlife, including pink dolphins, giant otters, piranhas, sloths, toucans and macaws.  Access to archeological treasures, ancient temples and Native People communities top off the highlights.
​
​​
EXOTIC AND SACRED 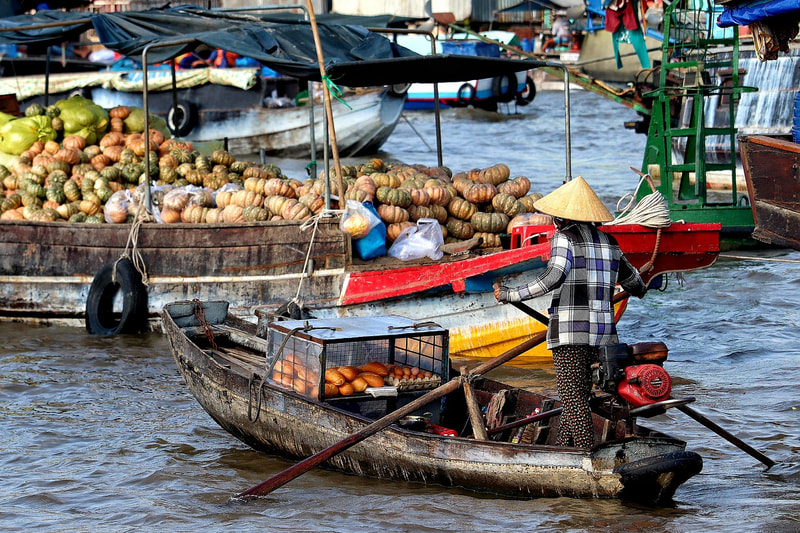 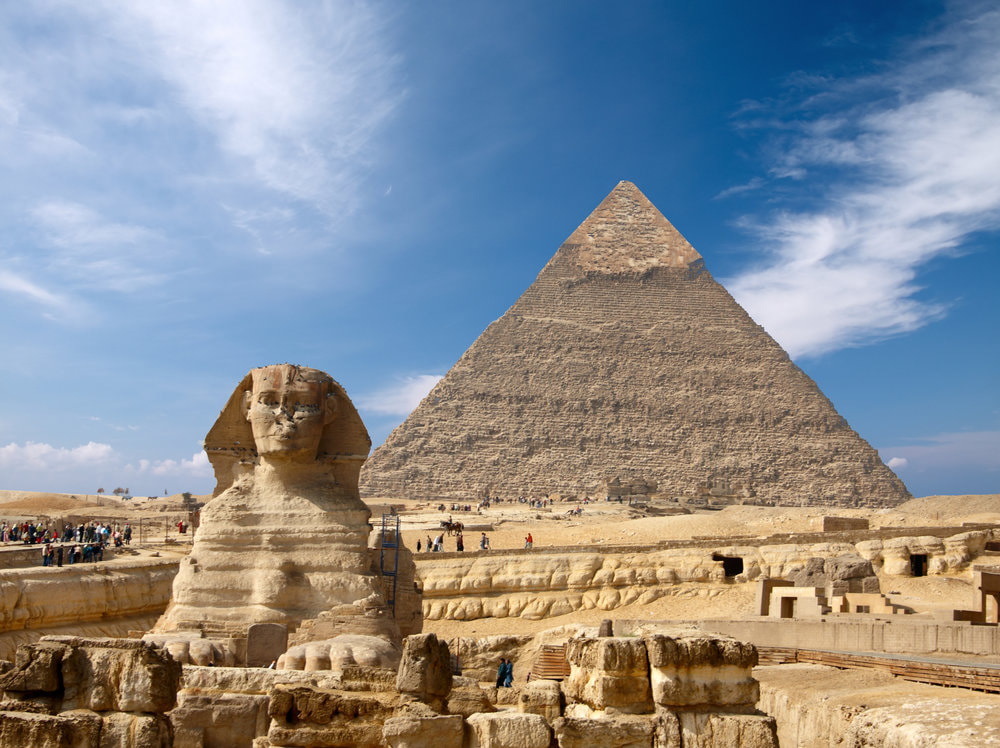 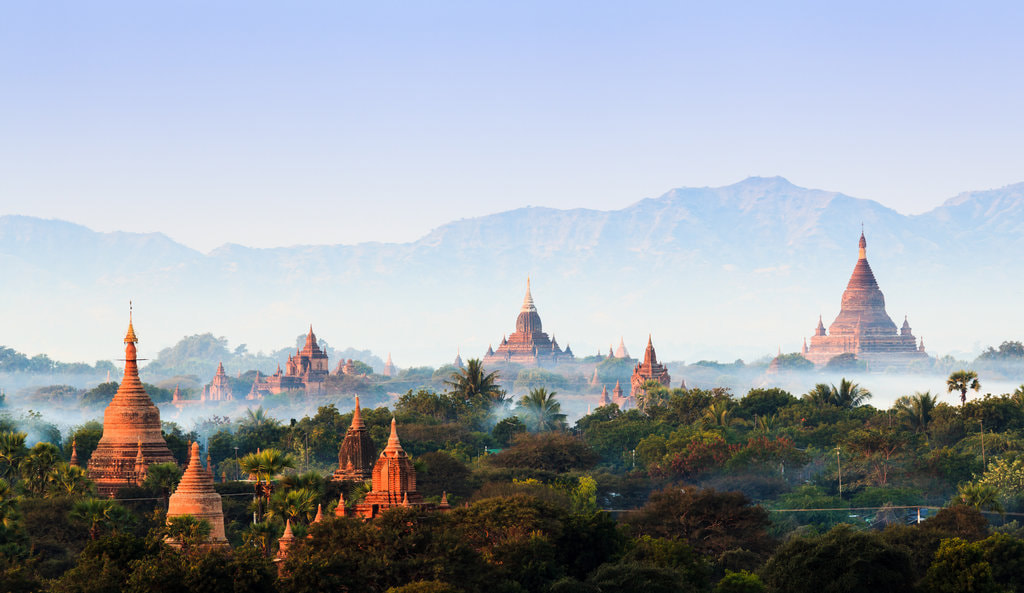 MEKONG
Sensory overload and transformational experiences await you on the Mekong.  A typical itinerary sails between Ho Chi Minh City and Phnom Penh with an extension to Siem Reap.  Highlights of this itinerary include the iconic Angkor Wat, Vietnam War era sites, Bhuddist monks, colorful floating markets, ornate temples and gold top pagodas.
​
NILE
A trip down the Nile has years of ancient history coming to life.  A typical itinerary starts and ends in Cairo, where a visit to the Egyptian Museum of Antiquities, the Pyramids of Giza and the Great Sphinx is a must.  Begin your cruise in Luxor, a short flight from Cairo, and look forward to exploring the temples of Luxor and Karnak, the Valley of the Kings and Philae Temple in Aswan.

THE GANGES
Ganges itineraries typically start and end in Kolkata, and are often part of an extended land tour that includes New Dehli and Agra, home of the Taj Mahal. One can also sail the upper Ganges.  The Ganges opens you to the world of Hindu temples, Mayapur, the center of the international Hare Krishna movement, artisan villages and talented craftsman (Muslin, silk, saree weaving and brass for example) and Saint Mother Teresa's home in Kolkata.

THE IRRAWADDY
This itinerary is typically between Yangon and Mandalay, with longer itineraries gong into the upper Irrawaddy as well.  (Note: at the time of writing this Burma is experiencing civil unrest.  Most cruises have been temporarily halted.)  The Irrawaddy is the heart of Burmese culture, filled with monasteries and ancient culture.  Here people are as curious about you as you are of them.
​
​​
EUROPEAN CANALS 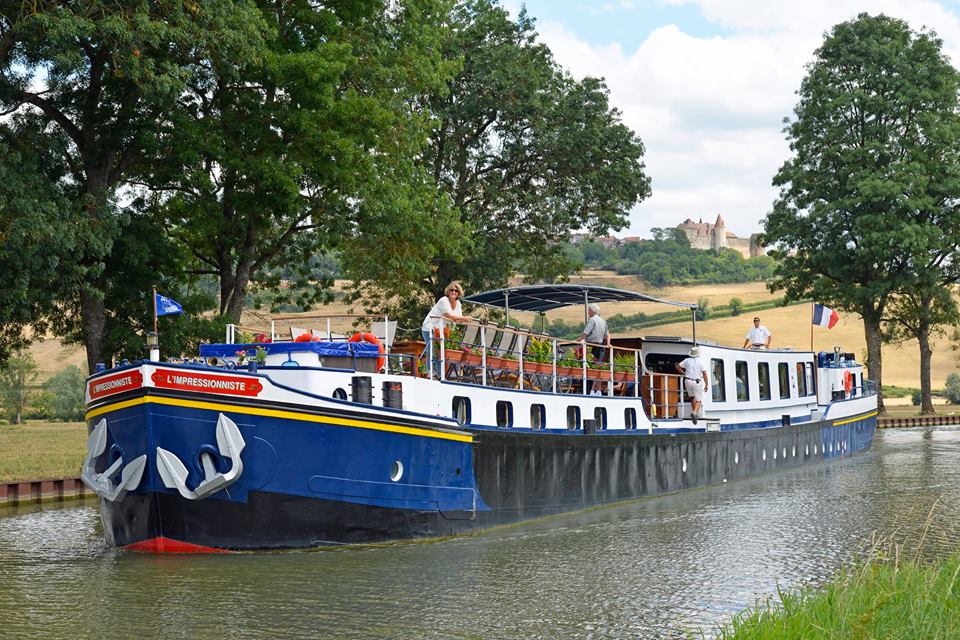 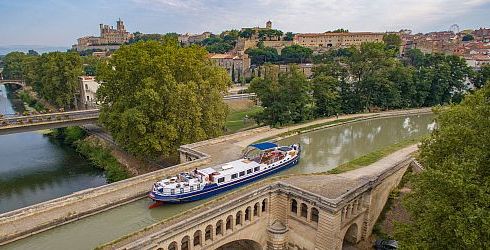 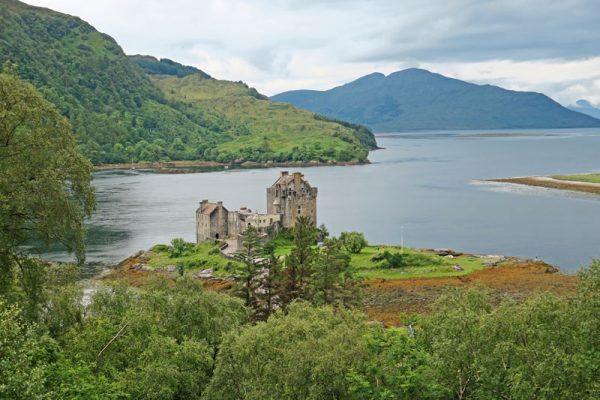 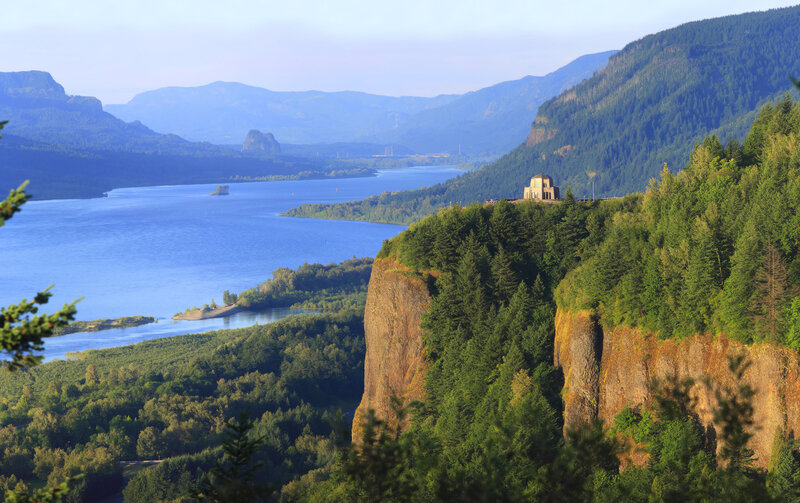 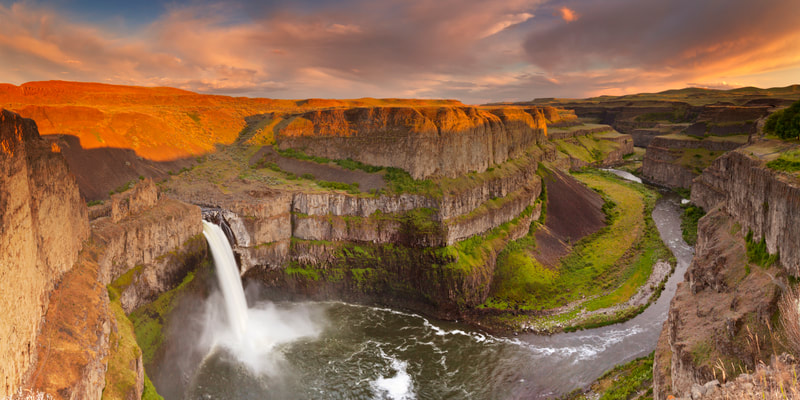 COLUMBIA AND SNAKE RIVERS
Most people see the Columbia River from above, but the true beauty is seen from river level.  Itineraries, round-trip Portland or between Portland and Clarkston, WA (Spokane) have you following the footsteps of Lewis and Clark.  Take in the the stunning beauty of the Columbia Gorge and areas beyond that are not accessible by car, including Hell's Canyon and Palouse Falls State Park while enjoying area favorites like Multnomah Falls the Dalles and regional wines.

THE LOWER AND UPPER MISSISSIPPI, OHIO AND TENNESSEE
Mark Twain country. Enjoy iconic cities and charming river towns on North America's second longest river and her tributaries.  Bourbon and blues, the beat of jazz music, beautiful plantation homes, Cajon and Creole cuisine, Civil War history - all part of the experience.  The most popular itineraries start and end in New Orleans, though you can cruise the entire length between New Orleans and St. Paul (MN) or experience newer routes that include Memphis (TN), St. Louis (MO) and Pittsburgh (PA).  ​
On the Rivers Travel Articles
Benefits of river and barge cruising
Interested in learning more? I'd be delighted to help you. SCHEDULE A CALL BACK TODAY!